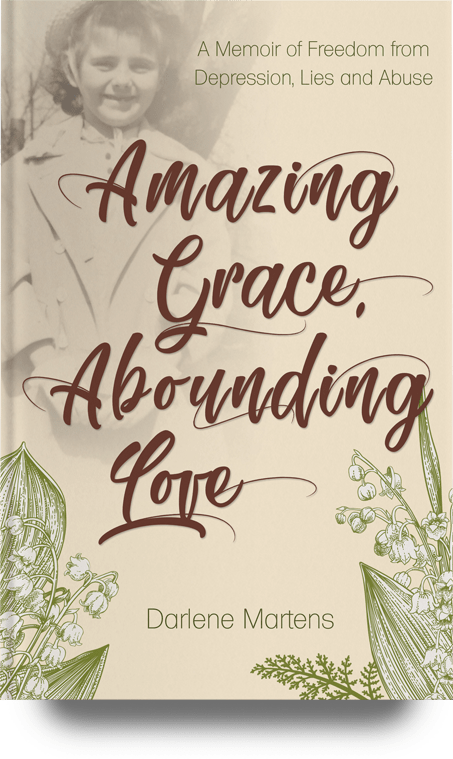 “See what great love the Father has lavished on us, that we should be called children of God! And that is what we are!” 1 John 3:1

Darlene falls into a pit with depression when she is faced with the unresolved pain of the sexually abused little girl inside of her. Amazingly, this lowest point in her life ends up being the event that turns her face towards God and His love for her. Later, following an eighteen year search and with the use of DNA testing, Darlene receives confirmation that she and her “cousin” are really half siblings.

Through Scripture, forgiveness and understanding the amazing grace and abounding love that Jesus has for her, Darlene claims her place as a child of God.
Through much soul searching, she forfeits her right to get even, gives up her right to be Judge, to be bitter and angry. She chooses to forgive her father.

God’s provision, support and love for Darlene is so central throughout this story that by the end of the story it is apparent that the main character in the novel is really God Himself and that her story is really God’s story.

Check out my interview on Hope Stream Radio: Click Here

If you didn’t have a chance to watch the 700 club: Click here

Interview on Sherry Stahl’s H2O radio Show: On SoulH2O | On iTunes | On Spotify

Based on a true story about the Author’s battle with depression, Darlene makes every attempt to seek God and His amazing grace and abounding love that He has for her.

The story opens with six year old Darlene feeling unloved and unwanted, as she hides under the porch. Tears stream down her face; she feels alone and afraid. When her sister Annette finds her, Darlene is unable to explain the fear that she faces in her bed at nighttime. Additional childhood experiences of alcoholism, family dysfunction and her father’s philandering escapades have a major impact on her emotional and spiritual well-being.

Later, as a wife and mother, Darlene processes the impacts of the sexual abuse on her life while she struggles through depression and battles the demons of darkness, anger and fear. Through this deep emotional pain, she recognizes that Christ has already won the victory over Satan and with the love of Christ, she forgives her father.

Approximately six months later, she is told that she was the product of one of her father’s affairs. Following an eighteen year search and with DNA testing, she uncovers a brother, only to then face the additional emotional pain when they are once again separated.

Through Scripture, forgiveness and understanding the Amazing Grace and Abounding Love that Jesus has for her, Darlene eventually claims her place as a child of God, recognizes He loves her because He IS love and commits to this telling of HIS story of her restoration.

I sat with my back flat against the block wall, my arms curled around my knees, which were drawn tightly toward my chest while providing a resting place for my chin. Tears streamed down my face as I wept uncontrollably. I was alone. In an effort to comfort myself, I rocked back and forth while my broken heart repeatedly chanted, “Nobody loves me. Everybody hates me.”

I had easily tucked my small, six-year-old frame into the darkened space under the porch stairs, reassuring myself that I was out of sight. I remained quiet and hidden, my knees muffling my sobs. No one was to find me.

“Darlene Martens is a dynamic storyteller. Darlene shares how God’s amazing grace was applied to the heart-wrenching issues of her childhood. Her recurrent references to Psalm 139 reveal how God spoke the certainty of His abounding love deep into her being and helps the reader take hold of this truth for themselves. Darlene Martens has come out from under the dark porch of despair into the light of God’s Amazing Grace and His Abounding Love!”

–Sherry Stahl
International Speaker, blogger, and author of Water in the Desert

Darlene lives in Southern Ontario with her husband Jake; they have been married for over forty years. Darlene feels the happiest when she is with her family, including her husband, daughters, sons-in-law and grandchildren. Throughout her life she has loved and served God by helping people both in the Church setting as well as in her professional role as a Registered Social Worker. She enjoys walking, gardening and swimming. In addition, her crochet hook provides her with an opportunity to sit and relax. 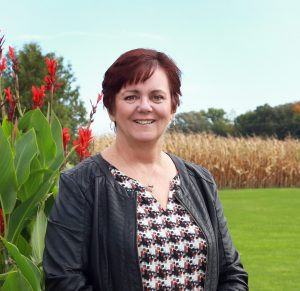